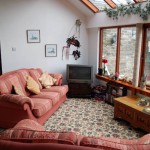 Bed and Breakfast – Our Bed and Breakfast accommodation in Rainow, Macclesfield is ideal for groups, families, couples and individuals. It is the perfect base for exploring the Peak District, Lyme Park,  Cheshire, Manchester as well as Liverpool.

Self Catering – We currently have two self catering cottages available. Croft Cottage, and Meadow Cottage.  Both cottages are entirely self contained, however they can also be booked together to accommodate a large group of up to 10 people as they are connected by an adjoining door.  Perfect for that country getaway!

By Train – The nearest train station is Macclesfield. There is a taxi rank directly outside of the station, from where you will need to get a taxi to Common Barn Farm, Smith Lane, Rainow. Upon your arrival we will then give you a key and show you to the cottage / bed and breakfast room.

By Road – Take the B5470 out of Macclesfield towards Whaley Bridge. Rainow can be found after 3 miles. Go through the village past the Rising Sun pub, and the Robin Hood pub and take the first right hand road into Smith Lane where we can be found on the right hand side after half a mile. Our postcode for use in your sat nav is SK10 5XJ. 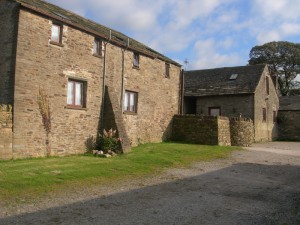 Our family moved to Common Barn Farm in 1964 when we were displaced by the Lamaload Reservoir Dam construction. The previous farm, Hooley Hay, on the site of the now reservoir was compulsory purchased by Macclesfield Borough Council in order to build the dam. The farm house has now been demolished to make way for the reservoir, however there are a couple of buildings that remain.

When we first moved to Common Barn Farm we started off milking 30 cows and breeding 120 sheep. We grew our herd of milking cattle to 70 and also reared 40 calves. We have since sold our cattle, however we retain 800 breeding ewes (female sheep). In spring (March / April) all 800 give birth to around 1500 lambs, which we sell at the local market the following year.

The farm is also home to four ducks that we have raised since they were little ducklings! You will normally see them puddling around near the pond. We use our fresh duck eggs in our delicious cooked breakfasts.

We also have an ex race horse (called K.T – Known Top) that has been retired at the farm and likes the odd polo mint and carrot from guests.

This project is supported by the Rural Development Programme for England, for which Defra is the Managing Authority, part financed by the European Agricultural Fund for Rural Development: Europe investing in rural areas